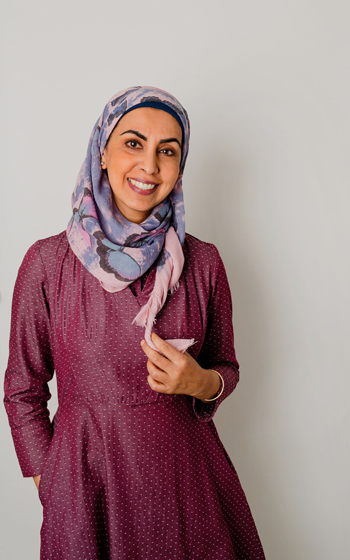 Zarqa is a Canadian producer for film and television, a published author, public speaker, journalist, and former broadcaster. In 2007, Zarqa created the internationally renowned CBC comedy series, Little Mosque on the Prairie, the world’s first sitcom about a Muslim community living in the west.

Little Mosque on the Prairie was inspired by the National Film Board documentary, Me and the Mosque Her ground-breaking documentary which premiered at the Montreal International Film Festival in 2005. Using original animation, archival footage and interviews with Muslim women and Islamic scholars, Zarqa examined how patriarchal cultural traditions have become mixed up with theology.After the success of Little Mosque on the Prairie, Zarqa successfully sold comedy pilots to ABC, CBS, NBC and Fox Studios.

Zarqa also has a significant presence in the publishing world. In 2014, her comedic memoir, Laughing All the Way to the Mosque, published by HarperCollins, appeared on the bestseller list of The Globe and Mail, and was shortlisted for the Stephen Leacock Award for Humour, Kobo Emerging Writer’s Award and Saskatchewan Book Award of the Year. It was Chatelaine Magazine’s Book Club Pick and Canadian Living’s Book of the Summer.

Zarqa’s work in the media world has not just been as a television creator, but also as an advice columnist for the Globe & Mail, host of The Morning Edition, Saskatchewan’s CBC Radio’s morning show, and anchor of CBC Saskatchewan’s six o’clock news. A frequent public speaker on Islam and comedy, Zarqa received a Doctor of Divinity from the University of Saskatchewan for her interfaith work in the community. In recognition for her contribution to the world of arts, she received The Brampton Walk of Fame in 2019.

Zarqa completed a Bachelor of Science from University of Toronto in 1990 and a second degree in journalism at Ryerson University in 1992. She lives in Regina with her loving but long-suffering family and is the proud mother of four children.