Information. Networking. A model. An agent of change. These were the things that brought people together in 1990 to talk about forming a Saskatchewan Waste Reduction Council.

The CCME had recently set its 50% reduction target. As Saskatchewan citizens listened to the concerns of more populous parts of North America, they noted that their own garbage pails and landfills were full of packaging, single use items and unfixable appliances. Environmental groups, municipalities and governments were overwhelmed by calls from those seeking information and change.

The group in Saskatchewan conducted a feasibility study, funded by the province. The study process led to the founding meeting of the Council on October 5, 1991. Joanne Fedyk was hired as executive director; Bert Weichel chaired the multi-stakeholder board.

The first few years saw a well-funded organization active on many fronts. The quarterly newsletter, Waste Watch, was launched with Bernadette Richards as editor. Through the Green Works program, SWRC's Rick Morrell worked with the Victoria Square Mall and the City of Regina to incorporate cost effective environmental changes.

A partnership with the On-site program in 1993, led to the Council becoming a source of assistance for companies wanting to implement better waste and energy systems. Envirotrek, our environmental trade show, appeared as part of Regina and Saskatoon's exhibitions for several years. In 1993, a major two-year compost initiative, funded by Canada's Environmental Partners Fund and led by SWRC's Dan Swerhone, was begun. The Council held its first major conference, Appropriate Scale Technology, in February, 1994. This was followed in April 1995 by The Good, The Bad & The Bulky.

The mid-nineties brought financial challenges. Core funding from the provincial government ended abruptly when deficit control and departmental restructuring measures occurred. Money from other sources also became more elusive. Staff was cut to a minimum with a couple of periods when there was no paid staff.

Despite these difficulties, work continued. A two-year, Green Plan project on farm waste issues resulted in seminars throughout the province and detailed hazardous waste publications. A third conference, Waste Deep in Opportunities, held March 1997, featured the launch of the Waste Minimization Awards. SWRC assumed the job of producing the Reusing and Recycling directories for the province. Joan Harrison produced a home composting slide show that later became our composting video.

The move to sustaining members involved the SWRC in many co-ordinating and partnership roles, such as managing the summer student activities for the tire and used oil stewardship programs. Since 1998, SWRC has hosted numerous one-day forums throughout the province which have proven a popular way to relay information and promote connections between regions.

SWRC celebrated its 10th birthday as a vital organization with its original goals but a different mode of operation. The Council reached this milestone because of the dedicated work from board members, staff, contract employees and volunteers and the generosity and vision of corporate and institutional contributors. There is enough work left for at least another decade.

Well, I guess we're not teenagers anymore, are we? After two decades of work in Saskatchewan, we thought it was time to share some of our accomplishments, as well as those areas that we still need to work on.

A history of SWRC's first ten years can be found above, so here is what we have been up to in the last ten. Our second decade was markedly more financially stable than the first. There are currently 13 board members who volunteer their time, and nine sustaining members who make a significant financial contribution each year. Thanks to them, the organization has maintained a healthy operating budget. This has meant that the board and staff have been able to focus on what we do best -- waste reduction.

Closely involved with the financial and operational support of the SWRC are Saskatchewan's product stewardship organizations. Currently, there are five of them, two of which were created in the last ten years, with guidance from the SWRC. Joining Saskatchewan Scrap Tire, SARCAN and the Saskatchewan Association for Resource Recovery Corporation were programs for used paint and unusable electronics.

The predecessor to the paint stewardship program was called Paint it Recycled and was managed by SaskTel. It began in Regina in 1993 and ran until 2005. SWRC participated in paint exchanges held in Saskatoon until the Saskatchewan Paint Recycling Program began in 2006. Our executive director Joanne Fedyk was on the advisory committee that led to the creation of the Saskatchewan Waste Electronics Equipment Program in 2007.

All five of these stewardship groups have worked cooperatively with each other and with SWRC in many ways. SWRC has coordinated summer student recycling ambassadors since 1999. Starting in 2005 the collaborative group created a tabloid publication to promote the programs. It was appropriately called "ReNews" and was distributed across the province three years in a row. Since 2005, the group has displayed jointly at the SUMA convention, and plans are underway for 2012.

The group worked so well together, they decided to give themselves an official name. Recycle Saskatchewan was created in 2008 and has continued to grow, with a logo, website and teaching units focused on recycling. It is worthy of note that many other provinces do not experience this sort of cooperation among their programs.

Beyond working with the stewardship groups, SWRC continued to push for more and better recycling options. In 2005, with funding from Saskatchewan Environment, SWRC and ARWMAS conducted a survey ("datacall") on waste and recycling in the province. This provided baseline information on tonnages and costs for use in planning recycling programs.

The most significant program that the council has been pushing for over the last ten years is better paper and packaging recycling. A multi-stakeholder group was brought together with a focus on paper stewardship in 2004. Paper was chosen as the starting point as it is a readily recyclable material, and one of the largest portions of the waste stream. Their findings and recommendations were left with the provincial government as not much more could be done by them without regulations in place.

Many years later, this work is finally coming to fruition in the form of a multi-material recycling program, which Saskatchewan is more than ready for. SWRC is on the advisory team for the impending program, and we hope to see an announcement on its implementation later this year.

SWRC was also involved in data gathering about scrap metal recycling in the province. In 2002 we worked with the Recycling Council of Alberta to provide information on Saskatchewan's scrap metal situation for a cross-Canada survey. In 2007, with funding from NRCan, SWRC surveyed the situation of scrap metal in northern communities.

Composting has remained a cause near and dear to the SWRC's heart. Organics make up a large percentage of the waste stream that can be diverted, and composting has no one else to champion its cause in the province. Composting has been a popular topic at our Waste Minimization Forums, and we have developed several informational brochures. These are available from our website or in print from our office.

In 2001 SWRC helped the City of Saskatoon get a community composting program off the ground. We continued to have significant involvement with staffing and operations until 2010. In 2011, Saskatoon will fully take over control of these drop-off depots.

SWRC has continued to train Master Composter volunteers for the City of Saskatoon, who educate the public about composting. As part of the City's sustaining membership, SWRC coordinates the activities of these volunteers.

On a more provincial scale, the SWRC solicited funding under the provincial Go Green and Environment Canada EcoAction funds to help more communities take on large-scale composting. The 'Sustainable Composting for Saskatchewan Communities' project took place from 2007-09. As part of this project, the SWRC trained many Master Composters for these communities. In fact, over the last twenty years SWRC has been paid to train almost 200 Master Composters around the province.

A new development in the last ten years is Waste Reduction Week in Canada. SWRC and its sister organizations across the country created a national week around waste reduction starting in 2001. It takes place the third week of October, and we organize different activities for the week each year.

Our distribution of recycling information has evolved over the years. From a simple printed brochure of provincial options, it has bloomed into a searchable on-line database. Since 2009, we have had it updated annually by a summer student.

So where is the SWRC heading for the next ten years? We have a new logo and tag line, a better mission statement (see above), and a clear understanding of where we want to be. In 2010 we undertook a full strategic planning process. Issues that we identified as important to bring our focus to include: waste reduction in the north, construction renovation and demolition waste, and household hazardous waste. 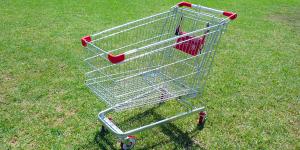