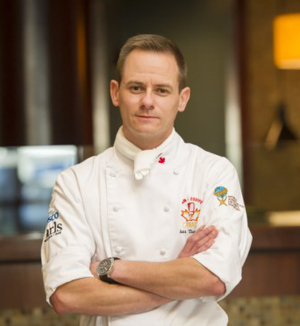 Chef Scott Torgerson is Executive Chef of the Radisson Hotel in Saskatoon. Working in the industry since the age of 14, he has demonstrated his talent in some of Manitoba’s premiere kitchens, including an apprenticeship at St. Charles Golf and Country Club under Master Chef Takashi Murakami. Over the years, Chef Torgerson has received many provincial, national and international awards for his work in the culinary arts, most recently taking home a Gold Medal at the 2016 Gold Medal Plates Saskatoon culinary competition. He was a member of the 2016 National Culinary Team Canada, and received two gold medals and one silver medal at the 2016 IKA culinary competitions in Erfurt, Germany.

Keep the change, Be the change: The solution to food waste is in your pocket - Josh Domingues, Flashfood

Josh Domingues is the Founder and CEO of Flashfood, a start-up company tackling the food waste epidemic with a mobile app solution. Prior to founding Flashfood, Josh worked in investment management for BMO Nesbitt Burns, Sage Private Counsel and management consulting with Carpedia International. At BMO Nesbitt Burns, Josh was an associate on a private wealth group managing over $1 billion in client assets.  Josh became the youngest licensed investment advisor in Canada on Bay Street, running his own practice before exiting to consulting to seek hands-on business experience. At Flashfood, he leads a team of six people who are building an app to allow grocery stores, restaurants, cafes and bakeries to sell high-quality, surplus food at steep discounts to savvy users who can browse deals in their area and purchase items directly through Flashfood - saving money for users, increasing revenue for vendors and lessening our collective environmental impact.